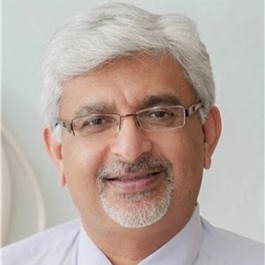 “Our office is staffed with individuals that share a common interest, our love for dentistry, and our devotion to helping our patients.” – Dr. Nilesh Dalal.

Dalal’s extensive dental training began at India’s premier dental institution the Nair Hospital Dental College, Mumbai, class of 1989. There he received several scholarships and academic recognition and practiced in the same city for 5 years as a general dentist.

Upon his arrival in the USA in 1995 he was enrolled in the first dental class to graduate from Nova Southeastern University where he received his degree as a General Dentist in the year 2000. He continued to pursue his specialized training in Periodontics, for which he received his Periodontal Specialty degree in 2003.

At NSU, he was selected to join the elite Omicron Kappa Epsilon’s inaugural chapter for being in the top 3 percentiles of his class.

After graduation in 2003 he opened his own practice, Periodontics & Implant Dentistry in Coral Springs.

Besides being in private practice he continues his relationship with his Alma Mater as an Associate Clinical Professor in the Department of Periodontics at NSU, where he teaches at the pre-doctoral clinic and lectures as well.

Dr. Dalal is married to his wonderful wife Kinnari and proud parent of two children Shivani and Suraj.